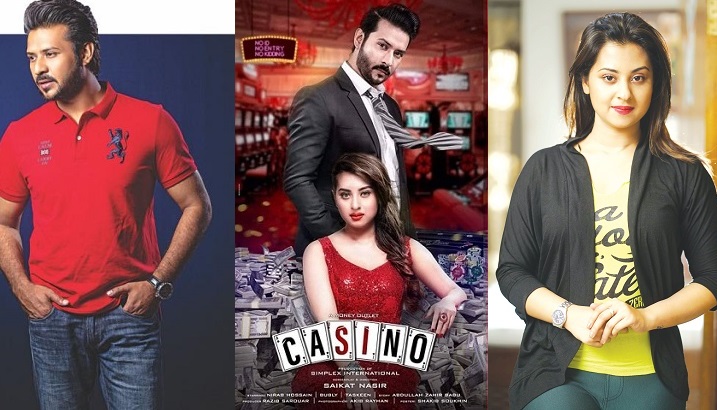 Dhallywood actress Shabnam Bubly took a challenge for the first time in her career to perform in a movie with actor other than Shakib Kahn. This time the actor is Nirab Hossain.

They are set to pair up in Saikat Nasir’s upcoming film, Casino. The movie is being produced by Cineplex International.

“The story of the film Casino is very interesting. It highlights a widely talked about issue, and I am proud to be a part of the film,” said actor Nirab.

Bubly paired up with Dhallywood King Shakib Khan in all nine movies she acted so far since her advent in the silver screen in 2016. So she had repeatedly been encountered with a question why she does not pair up with other actors.

Bubly is now busy with the film the ‘Beer’, which is her first film under the direction of Kazi Hayat. There Bubly will be seen a girl under a prominent politician.