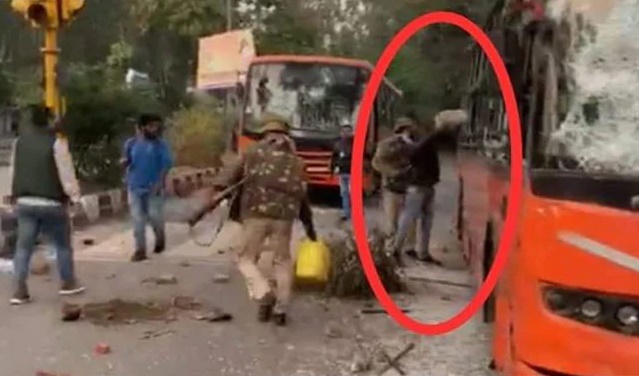 Amid the Anti-Citizenship Amendment Act protests in Indian capital New Delhi's Jamia Millia Islamia University, a video of the Delhi Police has gone viral where the cops are claimed to be setting a DTC bus on fire.

In the video where a two wheeler already set on fire is lying next to an orange DTC bus, police personnel are seen pouring what is claimed to be 'fuel' into the fire.

The police later claimed that they were instead trying to douse the fire.

The visuals have gone viral with many accusing the police of setting fire to the bus to frame protesters.

Delhi Deputy Chief Minister Manish Sisodia also tweeted the visuals, accusing the BJP of getting police to set buses on fire as part of its “dirty politics”.

Sisodia also tweeted some photos from the protest site.

"There should be an impartial investigation into the violence that erupted during the protest against the amended Citizenship Act," the deputy chief minister said in a tweet in Hindi.