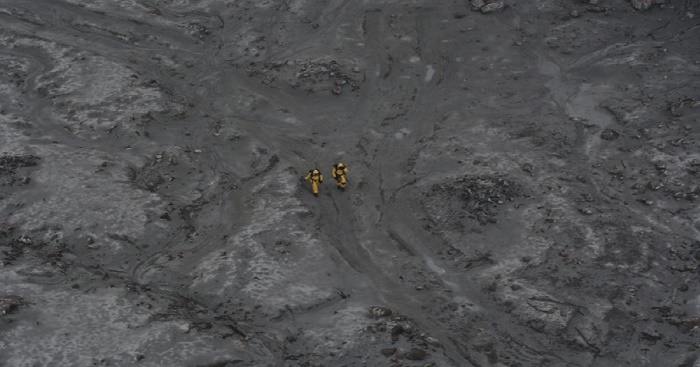 New Zealanders observed a minute's silence on Monday at the moment that a volcano erupted a week earlier, killing 18 people and leaving others with severe burns.

Prime Minister Jacinda Ardern said that wherever people were in New Zealand or around the world, it was an opportunity to stand alongside those who had lost loved ones in the tragedy.

"Together we can express our sorrow for those who have died and been hurt, and our support for their grieving families and friends," she said in a statement.

Two bodies have yet to be recovered from the White Island eruption site after land and sea searches have so far come up empty-handed. Police have said they will continue looking.

That has left the official death toll at 16, although authorities believe 18 people died, including several who died from their injuries in the week following the eruption in hospitals in New Zealand and Australia.

Most of the 47 people on the island at the time it erupted were tourists, including 24 Australian citizens and four more Australian residents. Ten Australians have been named among those killed.