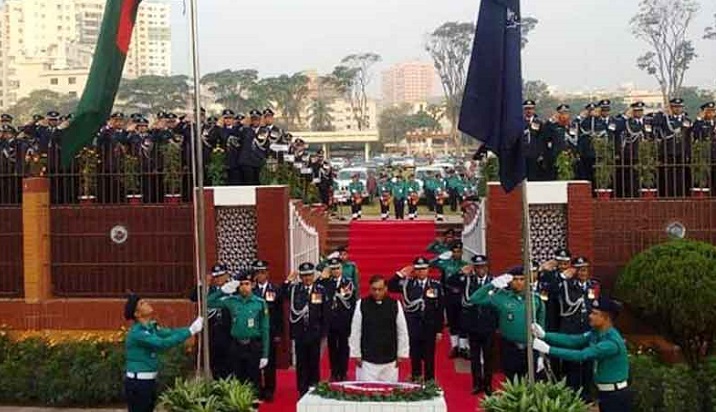 The home minister, inspector general of police (IGP), and other senior police officials have paid tributes to the brave police members who valiantly fought for the independence of Bangladesh.

At first the Home Minister Asaduzzaman Khan Kamal laid a floral wreath on around 7:30am.

The home minister was followed by IGP Dr Mohammad Javed Patwary who also placed a floral wreath at the Rajarbagh Police Lines Monument.

Everyone present stood silently remembering the martyred police members while the bugle played.

Police had formed the first armed resistance against the Pakistan forces on March 25, 1971 during the attack on the Rajarbagh Police Lines.