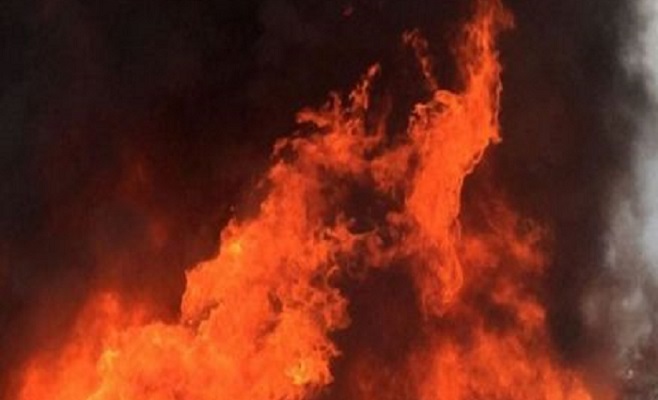 A devastating fire broke out in a slum near the Mahanagar project in the Rampura area in the capital at the early hour of Monday.

According to Kamrul Hasan, a duty officer at the Fire Service control room, the fire sparked at 1:28 am Sunday night (early Monday).

Five fire fighting units reached the spot and worked to douse the fire, he added.

After over half an hour of hectic efforts of the firefighters, the fire tamed down and fear of large damage was denied.

However, the cause of the fire could not be known immediately.