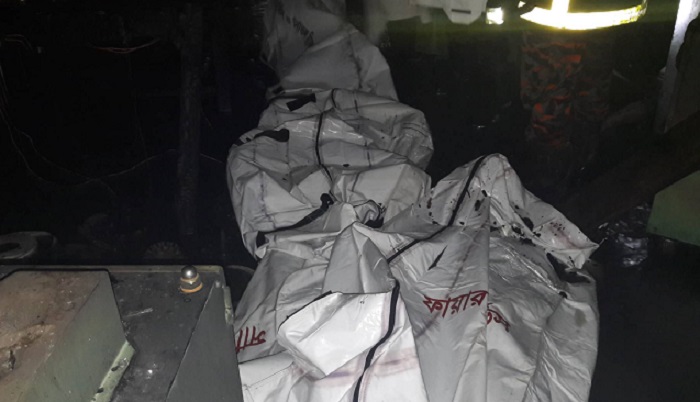 A five-member committee was formed to look into the deadly fire at a Gazipur fan factory that claimed at least 10 lives at Keshorita of Sadar Upazila on Sunday evening.

State Minister for Labour and Employment Monnujan Sufian mourned the victims announced Tk 50,000 for families of each deceased worker, the ministry said in a statement.

The money will be paid from the Bangladesh Workers Welfare Foundation Fund.

Three firefighting units extinguished the blaze around 7:15 pm, she said.

The cause of the fire is still unclear.

It was the third factory fire incident in the last four days in Dhaka and adjacent areas.

Fires in Bangladeshi factories are quite common during the dry season, mainly because of lax safety measures.

On Thursday, a fire ripped through a plastic factory at Hijaltola of Dhaka’s Keraniganj upazila claiming 17 lives so far.

In another incident, a foam factory was gutted in the city’s Badda area on Friday night.