Razakars will be brought to justice through trial at ICT: Anisul 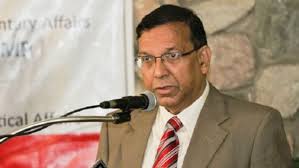 The Razakars will be brought to justice considering nature of their crimes after trial by the International Crimes Tribunal (ICT), stated the Law Minister Anisul Huq on Sunday.

Talking to the journalists at the secretariat, the minister came up with the remarks after concluding a meeting with Nepal’s Deputy Prime Minister and Minister of Law, Justice and Parliamentary Affairs Upendra Yadav and its Joint Secretary Phanindra Gauta.

The investigation institute of ICT would decide on the Razakars who should face the legal action, he said, adding that “The Razakars would be tried, if the ICT finds evidence of war crimes against them after investigation.”

The history should be transparent and the list of Razakars would lead a pathway to build an advanced, strong and pleasant country for the new generation, Huq said.