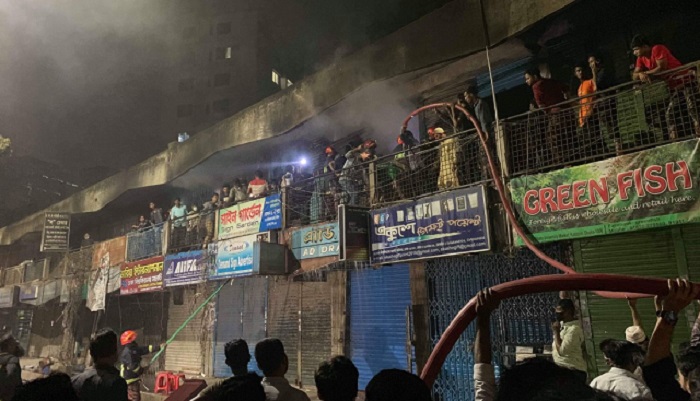 Firefighters put out a blaze that broke out at the Dhaka University Market of Kataban area in the capital on Sunday night.

Two firefighting units extinguished the fire at 9:05 pm, about half an hour after it occurred, a Fire Service and Civil Defence control room official said.

The fire broke out at 8:32 pm. The cause of the blaze and extent of damage could not be known yet.

Rejwan Mia, a shop owner of the market, claimed that the fire originated from a shop called ‘Spondon Award’.

“We called the fire service immediately. Firefighters arrived within 20 minutes and extinguished the blaze,” he said.