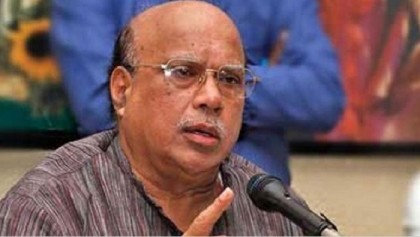 “Currently, the country is marching forward manifesting massive development under the prudent leadership of our premier… No conspiracy can put any hurdle on the way to the path of development,” he said.

He came up with the remarks while addressing a meeting organised by the reception sub-committee formed for National Council of Bangladesh AL at Suhrawardy Udyan in the capital.

State Minister for Information Dr Murad Hassan was present in the meeting with central 14-party alliance spokesman Mohammed Nasim in the chair.

In his presidential speech, Nasim said Prime Minister Sheikh Hasina has been working in the interest of the country for long ignoring even the threat on her life.

The development activities achieved by the premier are presently being appreciated across the globe, he added.

Turning to BNP, he said if they (BNP) want to create anarchic situation in the country to stop the development of the present government, then the law enforcers will take action to check it.

BNP created chaos in the courtroom, he said, adding:”It has been proven that this party does not abide by the laws of the country.”

Nasim urged the sub- committee leaders to maintain discipline in the upcoming council so that the party can hold it with festivity.