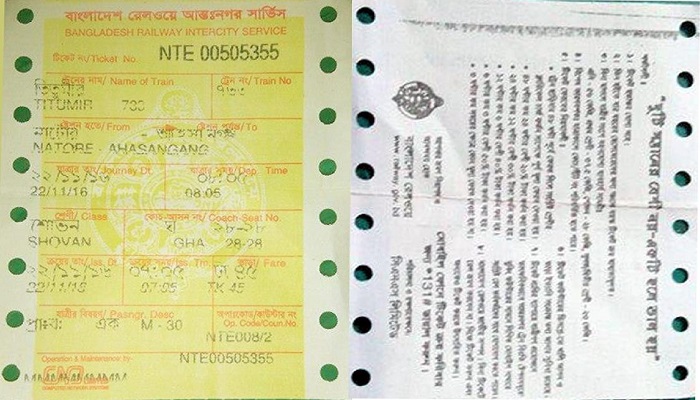 Four employees of Dinajpur railway station, including the station master, were suspended for their involvement in ticket irregularities.

The ministry took the action after a secret investigation following instruction of the Railway Minister Nurul Islam Sujan, said a press release.

On December 3, 4 and 5, notices were posted in the railway station saying that there were no vacant seat of Drutojan Express, Panchagarh Express and Ekota Express at Dinajpur station.

After checking out details of the three days the probe body found that only 1,821 tickets out of 2,908 were sold out. Besides, extra money was also recovered from the station, it added.