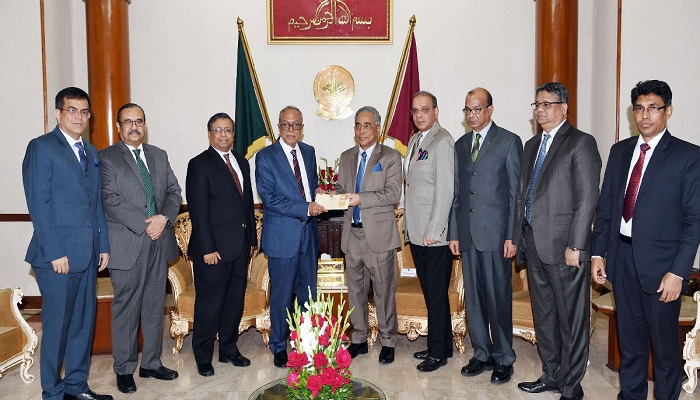 President Abdul Hamid on Sunday urged all the judges and other concerned to continue their efforts to protect human rights.

He came up with the call when a delegation of the Supreme Court, including those of the High Court and Appellate divisions, led by Chief Justice Syed Mahmud Hossain, met President Hamid at Bangabhaban.

During the meeting, the Chief Justice formally invited the President to attend a programme marking the 'Supreme Court Day 2019' to be held on December 18.

President Hamid said Father of the Nation Bangabandhu Sheikh Mujibur Rahman established the Supreme Court just after the independence to ensure justice for all while it formally started functioning on December 18, 1972.

Hamid said the Supreme Court has been playing an important role in ensuring justice, protecting the basic human rights and establishing the rule of law since its inception.

Secretaries concerned to the President were also present.