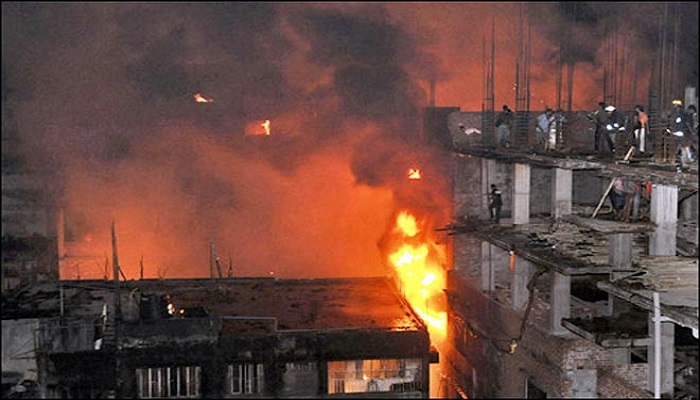 At least 10 people have been killed in a fire incident at a fan factory at Keshorita in Sadar upazila in Gazipur on Sunday.

According to the Fire Service and Civil Defence, the fire started on the second floor of the three-storey factory of Luxury Fan in Kashorita under Baria union in Sadar Upazila around 5:30 pm on Sunday, reports UNB.

However, the identities of the deceased could not be confirmed immediately.

Earlier, Mamunur Rashid, deputy assistant director at Gazipur Fire Service and Civil Defence, said the fire broke out at the factory in the evening, killing an unspecified number of people.

On information, a number of firefighting units rushed to the spot and were trying to bring the blaze under control.

It is not still clear what caused the fire and how many workers were in the factory.