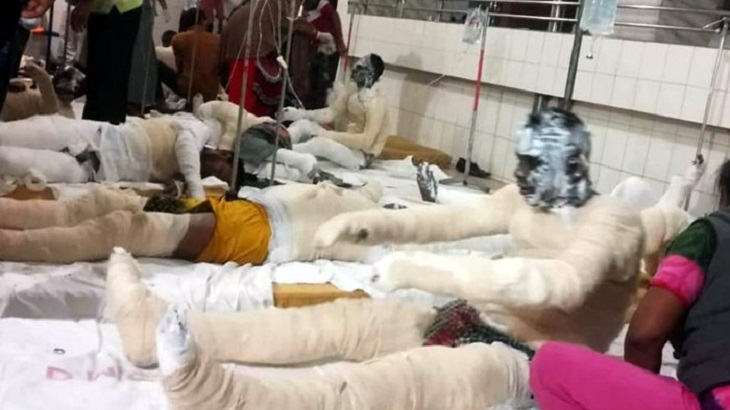 More two victims of Keraniganj plastic factory fire succumbed to their injuries at Sheikh Hasina National Institute of Burn and Plastic Surgery unit of Dhaka Medical College Hospital (DMCH) on Sunday afternoon, taking the death toll to 19 in the incident.

Earlier in the morning, three burned victims were also succumbed to their injuries at DMCH.

The deceased were identified as Rajjak, 42, son of late Abdur Rashid, resident of Hijtala Chunkuthia area of Keraniganj, Mostakim 21, son of late Montaj, of Tanore of Rajshahi and Abu Sayed.

The fire, sparked by a gas cylinder explosion at Prime Plastic factory at Hijaltola, killed a worker on the spot and injured 34 others. Firefighters recovered the charred body of Jakir Hossain, 25, from the factory.

Thirteen of the victims died at the DMCH burn unit between Wednesday night and Thursday afternoon.