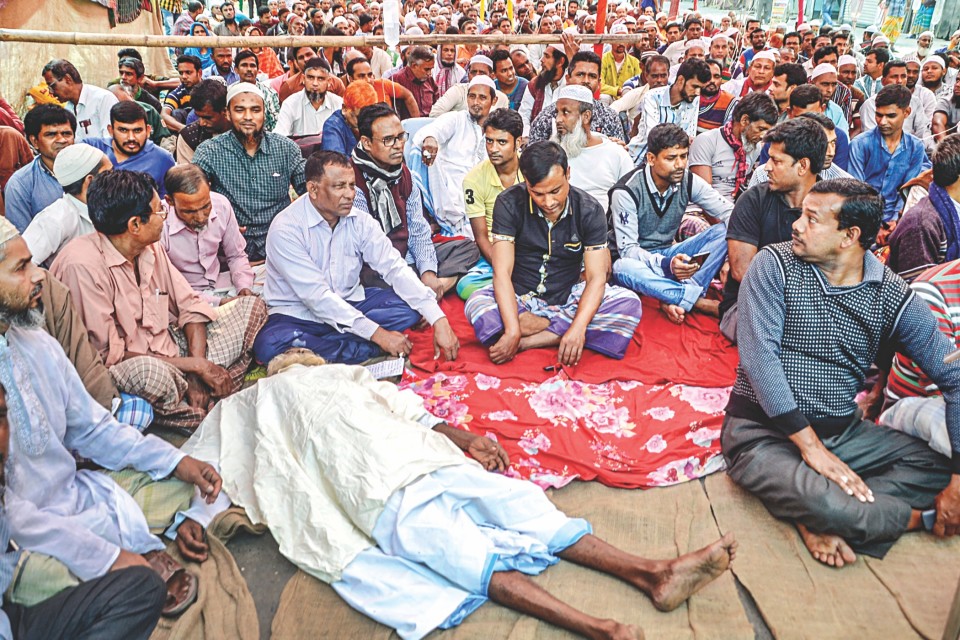 Another jute mill worker, who fell sick during a hunger strike in Khulna for implementation of a wage commission and 10 other demands, has died at a hospital in Khulna.

The deceased was identified as Sohrab, 55, a worker of mechanical department in Khulna Platinum Jute Mill.

Confirming the news, Khalilur Rahman, joint convenor of Jute Mill Collective Bargaining Association (CBA) and Non-CBA, said Sohrab fell ill during the hunger strike and admitted to a private clinic in the city on Friday.

After returning from the hospital, he joined work at his mill yesterday but fell sick again today. His colleagues brought him to Khulna Medical College Hospital but he breathed his last at around 7:00am, he said.

Earlier on Thursday, Abdur Sattar, a worker of spinning section of Platinum Jute Mills in Khulna died on the third consecutive day of their hunger strike.

The jute mill workers went on the hunger strike on December 10 in front of nine jute mills in Khulna to press home their 11-point demand.

The demands include payment of regular wages, cancellation of public-private ownership, necessary fund for the jute sector, insurance for families of the deceased workers, provident fund and gratuity facility for retired workers, and regularisation of temporary workers.