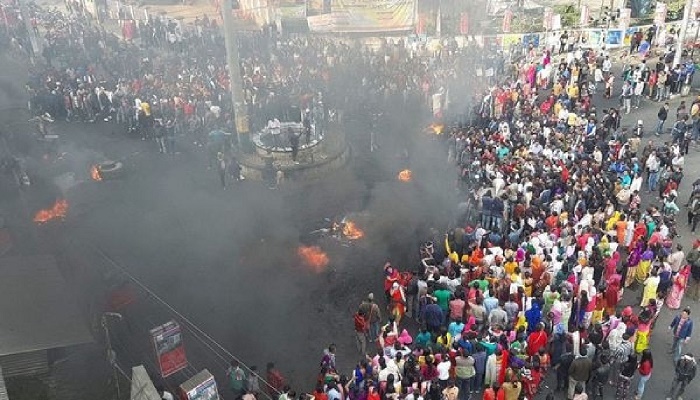 With protests in Assam and Tripura simmering down and authorities relaxing curfews in parts of the state, another protestor was pronounced dead rising the death toll to four in Assam on Sunday, reports The Statesman.

The deceased was identified as Ishwar Nayak who succumbed to bullet injury during clashes on Thursday.

Two teenagers died on Thursday when Assam police fired at them without any warning.

“Withdraw this Citizenship Amendment Act or arrest us all. This will be our slogan as we plan to start massive protests across Assam in next week,” said AASU adviser Samujjal Kumar Bhattacharyya. The student organisation announced a three-day satyagrah in all districts from 16 December.

They also plan to go door-to-door to make people aware of the consequences of the Act.

The student body will also carry out protests in other parts of the country and accommodating voices of those residing outside Assam. Appealing for peaceful protests, AASU leadership has announced there will be no demonstrations after 5 pm.

Assamese Chief Minister Sarbananda Sonowal continued to defend the Act and said that BJP government is “committed to protect all genuine Indian citizens and the rights of the people of Assam.”