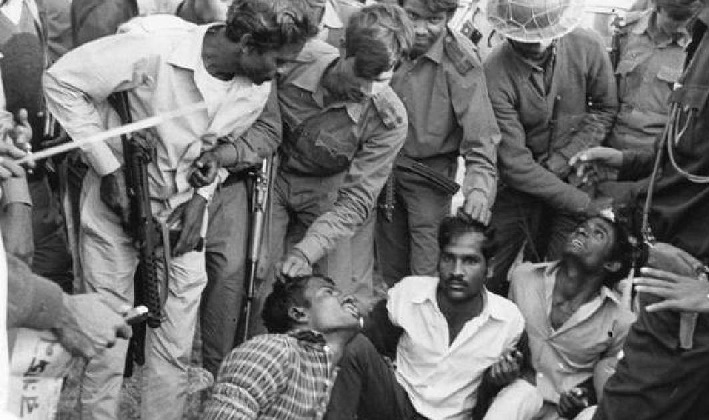 The government has published a list of 10,789 Razakars who opposed the liberation war in 1971 and committed wartime crimes in collaboration with the Pakistani occupation forces.

Liberation War Affairs Minister AKM Mozammel Huq disclosed the names of Razakars at a press conference in his ministry at 11:45 am on Sunday.

Speaking on the occasion, the minister said the number of genuine freedom fighters is not more than 2.10 lakh.

The initiative was taken to introduce the anti-liberation forces to the new generation.

The names of the members of other collaboration forces like Al-Badr and Al-Shams will be published later.

The successive governments in the last 48 years did not make list the members of anti-liberation forces like Razakar, Al-Badr, and Al-Shams.

The Ministry of Liberation War Affairs in May this year started the process of preparing the list of Razakars as per the recommendation of the parliamentary standing committee on the ministry.

In January 1972, the then Bangladesh government had passed a law to try the collaborators and war criminals. Thereafter 37,000 collaborators were arrested and sent to jail. About 26,000 were freed following the announcement of a general amnesty.

The government of Justice Sayem and General Ziaur Rahman scrapped the Collaborators Act on December 31, 1975, and released the remaining 11,000 prisoners.