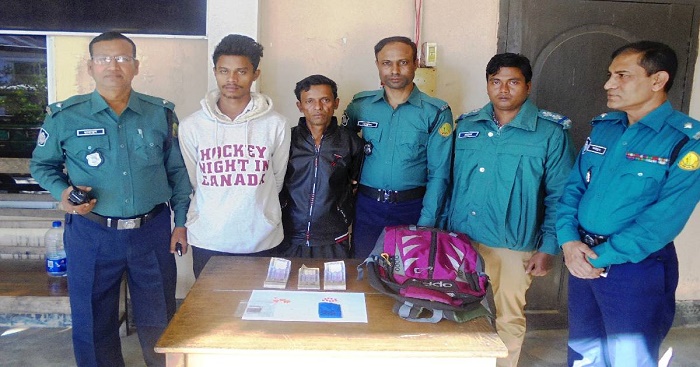 Police in a driver arrested two people reportedly along with Tk 2.34 lakh in fake notes from Islampur Bazar in the city on Saturday.

During search, fake notes were recovered from their bags. Twenty Yaba pills were also seized from them, he said.

The arrestees confessed to their involvement in fake currency and drug peddling, Jedan said, adding that police have launched drives to arrest other gang members.