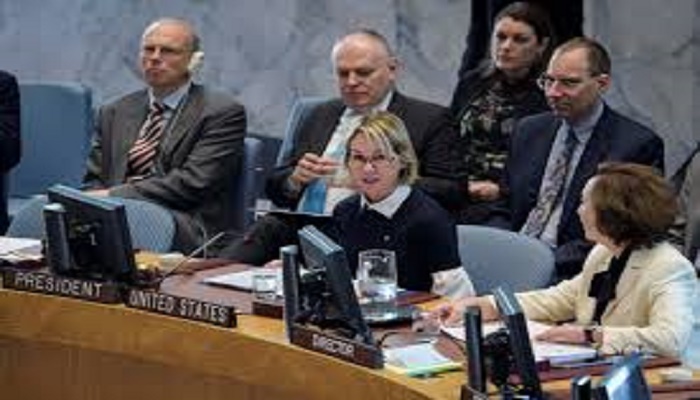 The UN Security Council has called for maximum restraint and urged all to refrain from violence or the destruction of critical infrastructure in demonstrations in Iraq, reports AP.

The Security Council members expressed "grave concern" at the loss of life of those demonstrating and at the killing, maiming, and arbitrary arrests of unarmed demonstrators, a press statement said on Friday.

It added that the Security Council members acknowledged the right to peaceful assembly in Iraq and called for Iraqi authorities to promptly conduct transparent investigations into the violence against those demonstrating.

They expressed concern over the killing or maiming of unarmed demonstrators and security forces.

The members of the Security Council also expressed concern over the involvement of armed groups in extrajudicial killings and kidnappings.

Mass demonstrations have continued in the capital Baghdad and other cities in central and southern Iraq since early October, demanding comprehensive reform, fight against corruption, better public services and more job opportunities.