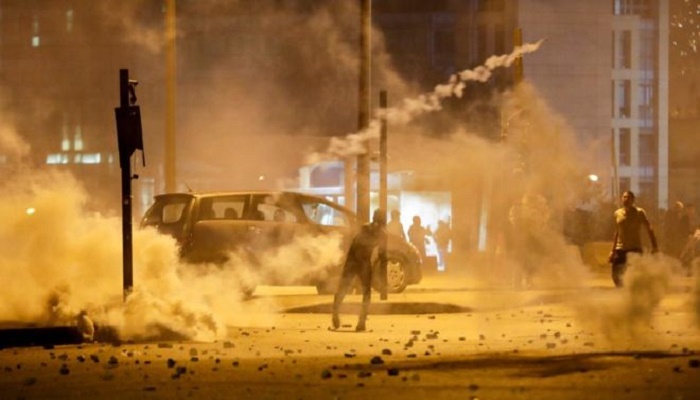 The violence began as demonstrators, who had been attacked during a sit-in by masked counter-protesters, tried to move into a square near parliament.

Protests over economic mismanagement by the ruling elite began in October.

Saturday's events are some of the worst violence since the largely peaceful protests started. They triggered the resignation of the Prime Minister Saad al-Hariri, but talks to form a new government are deadlocked.

Riot police and security forces had been deployed in large numbers in Beirut, chasing demonstrators, beating and detaining some of them.

The Lebanese Civil Defence said it had treated 54 people for injuries, taking more than half to hospital. It was not clear whether they were all civilians.

Some protesters tried to push through steel barriers blocking the way to the parliament and government buildings. Clashes continued late into Saturday night.