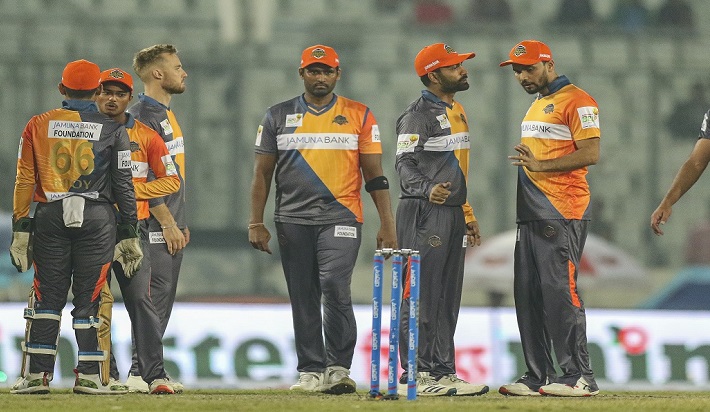 Thunder won the toss and sent Platoon to bat first, who posted 182 runs for four wickets in 20 overs with the help Anamul Haque Bijoy’s first fifty (62 off 42 with eight fours and one six) of the season.

Tamim Iqbal and Anamul added 85 runs in 9.4 overs, which laid down a good foundation for Platoon to set a challenging total for the Thunder.

All of Nayeem Hasan, Ebadot Hossain, Mosaddek Hossain and Delwar Hossain took one wicket each.

In reply, Thunder captain Mosaddek hit unbeaten 60 off 44 with four fours and two sixes but his effort went in vain as the Thunder ended their innings on 158 for seven in 20 overs.

Platoon will face Chattogram Challengers in their next game on December 18 at Zahur Ahmed Chowdhury Stadium while Thunder will take one the same ton December 17 at the same venue.