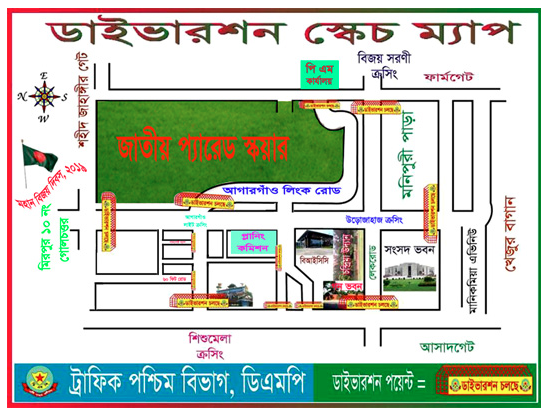 The Dhaka Metropolitan Police (DMP) has issued guidelines for vehicular movement at key points in the capital on the occasion of Victory Day to be celebrated on Monday.

In observance of the day, the Victory Day parade will take place at the National Parade Square in the city’s Agargaon area, said a DMP press release here today.

The DMP Traffic Division has barred vehicular movement except sticker-holders on some major routes around the parade ground from 5am to 1pm.

Guests invited to observe the national parade have been asked to attach stickers provided with their invitation letters on the windscreen of their vehicles.

The guests have also been advised to use the routes and park their vehicles at the designated places mentioned on their invitation cards for attending the parade ceremony.