Harmful metals found in the items 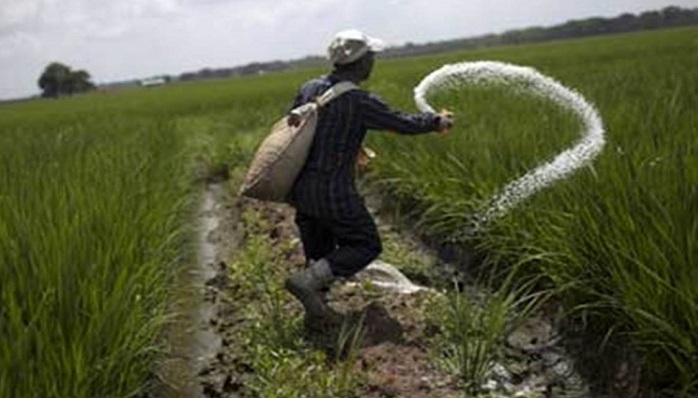 The government will check on pesticides and fertilizers entering the country without test at the ports in the wake of harmful metals found in those imported items recently.

In a bid to prevent these harmful products from entering the country, the regulatory body wrote a letter to National Board of Revenue (NBR) seeking immediate steps.

It recommended testing the products by Bangladesh Atomic Energy Commission and Bangladesh Council of Scientific and Industrial Research (BCSIR) before letting them in.

“As heavy metals were found in the imported 47 types of pesticides, it is mandatory to run tests on these items at sea and land ports from February 1, 2020,” according to the BFSA letter.

Sources at BFSA said some 47 products were recently tested at atomic energy lab and another private lab.

In the tests, harmful heavy metals like Lead, Cadmium and Chromium have been found at high volume that severely affects human body.

These pesticides are widely used in crops and go to human body directly and indirectly through water and food chain.

The test report said these heavy metals into human body cause brain disease for children and pregnant women for cancer.

According to the Department of Agricultural Extension (DAE), it is mandatory to import heavy metal-free pesticides.

BFSA member Md Mahbub Kabir said the food safety authority tested the pesticides and some fertilizer items to find out the reason of soil pollution.

Mr Kabir added that they are working on how heavy metals pollute plants, crops and soil that ultimately harm human body.

According to the DAE, currently, more than 400 companies import pesticide and fertilizer items from various countries. Importers get importing license from this government department.

Sources said if any company is found importing pesticide and fertilizer containing heavy metal, actions like scrapping import license will be taken.