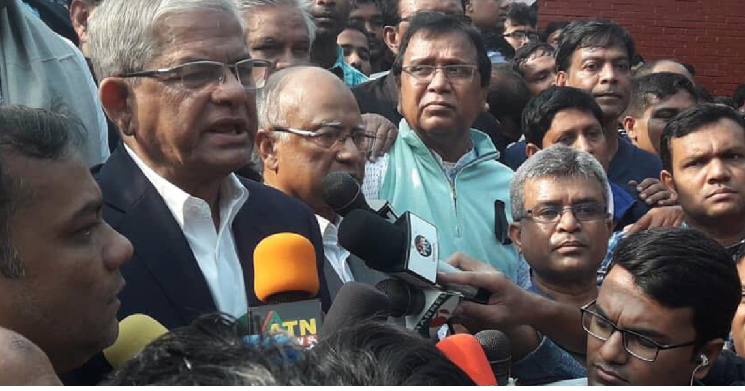 “We’ve been saying from the beginning that we’re very worried over India’s NRC. We think the NRC is a threat to our independence and sovereignty,” he said.

Fakhrul together with party senior leaders went to the Martyred Intellectuals Memorial around 9:30am and placed wreaths there in tributes to the martyrs.

He said the NRC will destabilise the entire region, not only Bangladesh. “It’ll also create conflict and trigger violence in this subcontinent.”

The BNP leader said the main motive behind the NRC is to establish communal politics destroying the liberal democratic and secular politics.

Fakhrul bemoaned that their party chairperson Khaleda Zia who was ‘oppressed and assaulted’ by Pakistani occupation forces during the Liberation War is now staying in jail.

He alleged that the current government has destroyed the dream of freedom fighters and the spirit of the Liberation War by obliterating democracy. “They also ruined all the achievements of the nation as we’ve lost our rights and democracy.”

The BNP leader also said an effort is on to eliminate BNP by keeping tits chairperson and several thousand leaders and activists in jail.

Fakhrul said a unity of the entire nation is now a must to foil the move to suppress the democratic parties, and ‘restore’ democracy through a movement.

He said they will intensify their movement following the path of martyred intellectuals to protect the country’s independence and sovereignty, and ‘restore’ democracy.