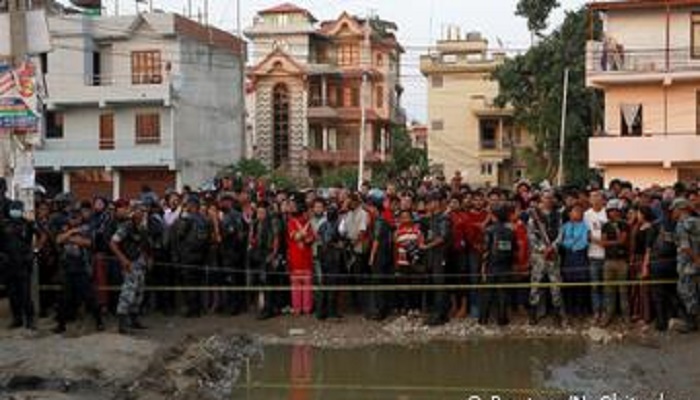 An explosion at a house in a southern Nepal town killed three people including the owner, his son and a police officer who responded to the call about the device, police said Saturday, reports AP.

The explosion just after midnight at Mahendranagar town also injured another police officer and the son and daughter of the house owner, a local businessman who ran a medicine store.

The owner had spotted a suspicious device planted at the entrance gate of his house and called the police. The officers were checking the device when it exploded.

Authorities were investigating the explosion but there were no immediate suspects. No one has claimed responsibility.

The town is located 200 kilometers (125 miles) southeast of the capital, Kathmandu.