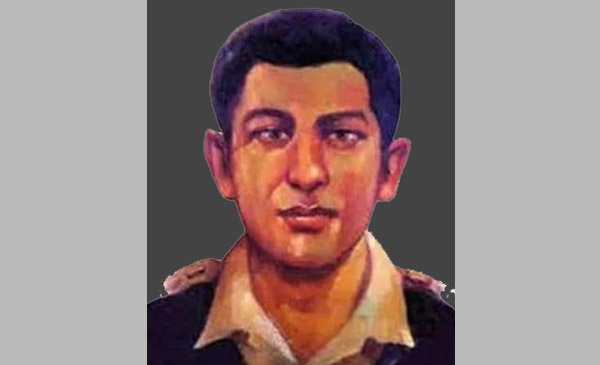 Today is the 48th anniversary of the martyrdom of Birshreshtha Shaheed Captain Mohiuddin Jahangir, one of the seven highest gallantry award receivers of the 1971 Liberation War.

On this day in 1971, just two days before the nation’s final victory against the Pakistani occupation army, Jahangir was killed in a battle with the enemy at Rehaichar in Chapainawabganj town.

Bangladesh Muktijoddha Sangsad Chapainawabganj district unit, local administration and different socio-cultural and political organisations paid rich tributes by placing wreaths at his grave and the memorial built in his honour at Rehaichar.

Every year, people of Chapainawabganj remember the day with solemnity, joy and sorrow because Jahangir freed the then Nawabganj subdivision from the clutches of the Pakistani occupation forces and their collaborators after a fierce fighting and sacrificing his life on this day in 1971.

Besides, discussion and doa mahfil will also arrange on the Sonamasjid premises near the grave of Jahangir to mark the day.

Mohiuddin Jahangir was born on 7 March in 1949 at Rahimganj village under Babuganj upazila in Barishal district. He joined as a cadet at Pakistan Military Academy on October 5 in 1967. After successful completion of his training, he joined as a commissioned officer at the Engineering Core of 15th war course. Later, he got posted at 173 Engineer’s Battalion in Multan.

While stationed at Karakoram in West Pakistan, Jahangir took leave on June 10 in 1971 and managed to cross the Indian border safely and joined Mukti Bahini at Mohdipur under Maldah district in West Bengal.

On December 13, his team took position near Rehaichar and the next day, on December 14, Jahangir intended to destroy one of the light machine gun bunkers of the Pak army and crawled towards it. He managed to come closer to the bunker and charged grenade to it. But, at the meantime he was fired from another bunker and as a result, the valiant freedom fighter died on the spot.

Later, a group of freedom fighters recovered his body from Rehaichar, now the southern part of Birshreshtha Shaheed Captain Mohiuddin Jahangir Bridge, on December 15 morning and buried it on the premises of historic Sonamasjid in Shibganj upazila.