UP member held with pistol, ammo in Savar 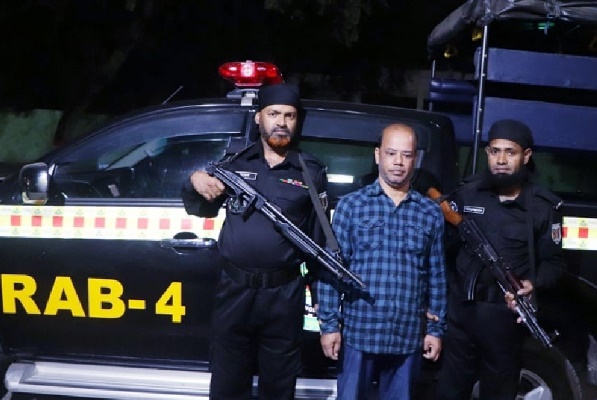 Rapid Action Battalion (RAB) arrested a man along with arms and bullets in a raid at Sadar Bari of Kaundia union in Savar, on the outskirts of Dhaka, on Friday night.

The arrestee is identified as Abu Taleb, 45, member of Kaundia union parishad at ward no 3, son of Gedu Mia, hailing from the area.

Acting on a tip-off, a team of RAB members conducted the drive at his house and arrested him along with arms and bullets, RAB-4 sources said.

Confirming the news, A F M Sayed, officer-in-charge (OC) of Savar Model Police Station, said that a case will be filed against him with the police station.