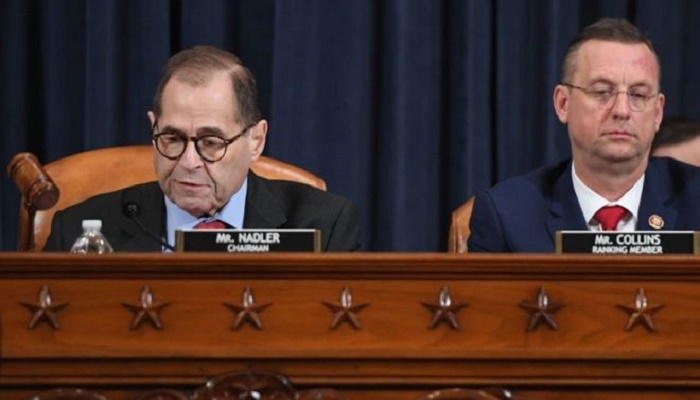 The articles, backed by Democrats and opposed by Republicans, are expected to be voted on by the Democrat-controlled House of Representatives next week.

Mr Trump is the fourth US president in history to face impeachment.

Speaking to reporters at the White House, he again dismissed the process as a "sham" and a "hoax".

In the abuse of power article, Mr Trump is accused of soliciting a foreign country to help him politically by trying to force Ukraine to launch a corruption investigation into his political rival Joe Biden, a leading Democratic presidential contender.

He is also accused of obstructing Congress by failing to co-operate with the House investigation.