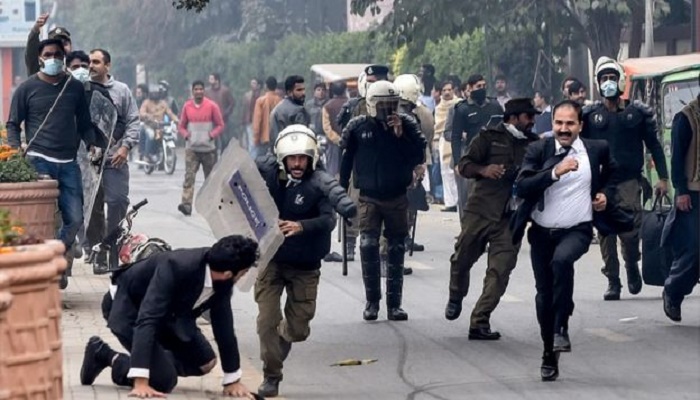 Police in Pakistan say they are seeking to arrest PM Imran Khan's nephew for taking part in a violent protest at a hospital in which three patients died, reports BBC.

Lahore police raided Hassan Niazi's residence and say he may now be hiding.

Mr Niazi was among several hundred lawyers who ransacked a city hospital in a dispute with doctors. Riot police had to be called in to restore order.

Mr Niazi has admitted taking part in the violence at Lahore's Punjab Institute of Cardiology (PIC) and said on Twitter he regretted it.

Mr Khan's nephew is prominent in footage of the attack, and can be seen participating in physical assaults as well as an arson attack in which a police van was set on fire.

The lawyer and human rights activist was held soon afterwards by police and was seen being escorted out of the area.

So there was surprise when his name did not appear in the police report listing those lawyers facing court action in connection with the violence.

More than 80 lawyers were arrested over the hospital attack, and 46 have been remanded in custody. Lawyers called a nationwide strike on Friday, angry at police treatment of their colleagues in Lahore.

The lawyers had been protesting over the alleged mistreatment of some of their colleagues by hospital staff last month.