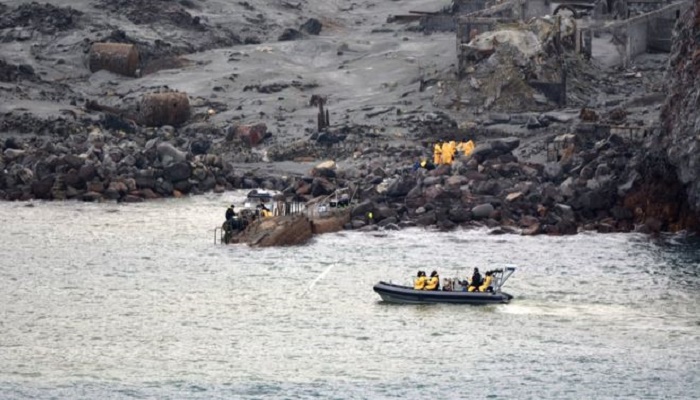 At least one body was spotted in the water and rescuers would not return to the island on Saturday.

A day earlier, the remains of six bodies were recovered in a high-risk operation and sent to Auckland where they will be identified.

Fourteen deaths have been confirmed from Monday's eruption.

Around 20 people remain in intensive care with severe burns in New Zealand and Australia.

After being recovered from White Island, also known by its Maori name of Whakaari, the bodies will be examined in Auckland by experts including a pathologist, a forensic dentist and a fingerprint officer.

Police will gather information about possible victims, such as descriptions of appearance, clothing, photos, fingerprints, medical and dental records and DNA samples. These details will then be matched to the evidence gathered in the post-mortem examination.

A "high-speed" retrieval to get the bodies was launched even though the risk of another eruption remained.