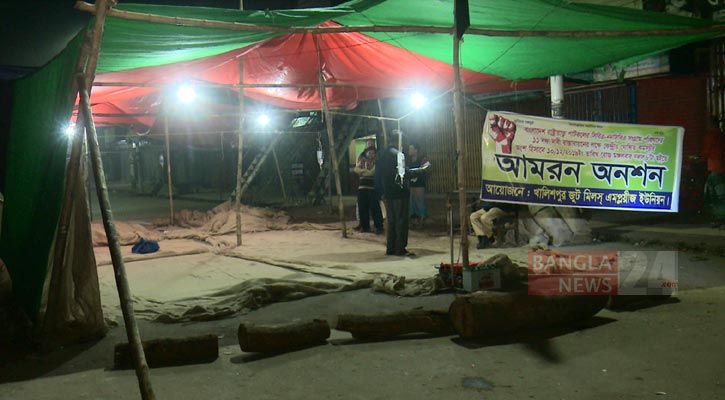 The workers of nine state-owned jute mills who were observing an indefinite hunger strike to press home their 11-point demand scheme have postponed their programme for three days following assurance of Monnujan Sufian, state minister for labour and employment last night.

The leaders of the CBA and non-CBA Sangram Parishad announced the decision at around 1:00am on Saturday.

The workers have been protesting since Tuesday to press home their 11-point demand which include payment of regular wages, cancellation of public-private ownership, necessary fund for jute sector, insurance for families of deceased workers, provident fund and gratuity facility for retired workers and regularisation of temporary workers.