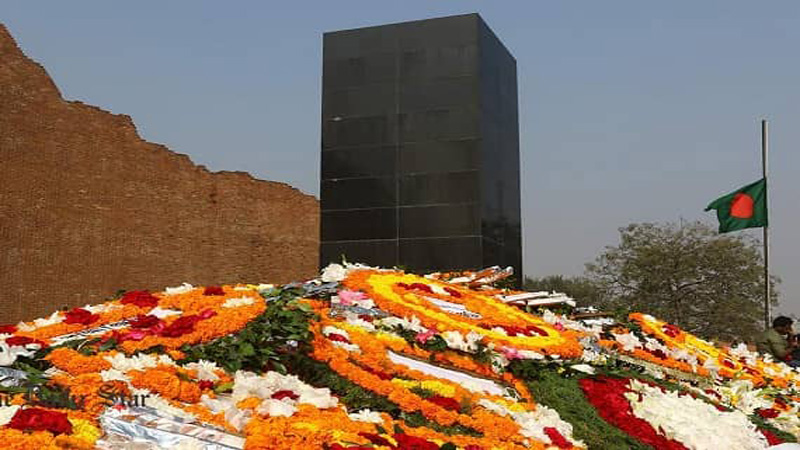 The nation observed the Martyred Intellectuals Day to commemorate those intellectuals who were killed systematically by the Pakistan occupation army and their local collaborators at the fag-end of the country's Liberation War in 1971.

Awami League placed wreaths at the Martyred Intellectuals' Mausoleum and Rayerbazar Killing Ground in the morning.

On this day in 1971, some of the country’s renowned academicians, doctors, engineers, journalists, artists, teachers and other eminent personalities were dragged out of their homes, blindfolded and taken to unknown places.

Their bodies were later found at Rayerbazar, Mirpur and some other killing fields in the capital.

The government has chalked out elaborate programmes to observe the day.

President Hamid, in his message, prayed for the departed souls of the martyrs and hoped that the country will fulfill their dreams.

Prime Minister Hasina, in her message, said it was a black day in the country’s history. She said the nation will remember their sacrifices with deep respect.

The President and Prime Minister placed wreaths at the Martyred Intellectuals Memorial in Mirpur in the morning.

Family members of the martyred and freedom fighters will place wreaths there before people from all walks of life pay tributes at the memorial in Mirpur and Rayerbazar Killing Ground in Mohammadpur.