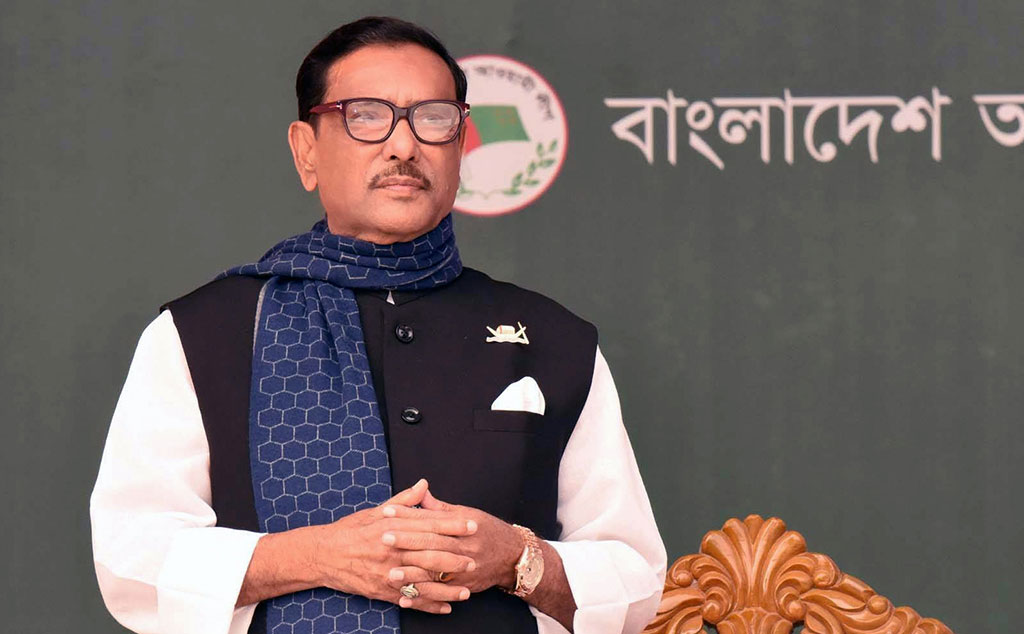 Road Transport and Bridges Minister Obaidul Quader said BNP-Jamaat has taken the path of conspiracy in a bid to prove the government failure.

Calling upon the leaders and activities of Awami League to remain ready to foil all the intrigues, he said: “BNP-Jamaat is out to frustrate the present government”.

Qauder, also the Awami League General Secretary, was speaking at the triennial conference of Prabasi Awami Forum at the auditorium of the Institution of Engineers, Bangladesh (IEB).

Speaking as the chief guest, he said BNP is trying to capitalise the issue of price hike of essentials to put the Prime Minister Sheikh Hasina-led government in trouble.

“In collusion with different syndicates, they (BNP men) are creating artificial crisis of essentials in the market. We are examining the matter.
In some cases, we were informed that BNP men were instigating to soar the price of essential commodities,” he said.

Replying to a question, the AL general secretary said the foreign minister and the home minister cancelled their India tours due to the Victory Day and the Martyred Intellectuals Day. “They will visit India later,” he added.

Recalling the existing good relations of Bangladesh and India, Quader said: “We have excellent and constructive relations with India”.

He congratulated Tulip Siddiq, granddaughter of Father of the Nation Bangabandhu Sheikh Mujibur Rahman, and Bangladeshi-origin Rushnara Ali, Rupa Huq and Afsana Begum for wining in the UK elections.