Passengers' most disgusting habits during a flight 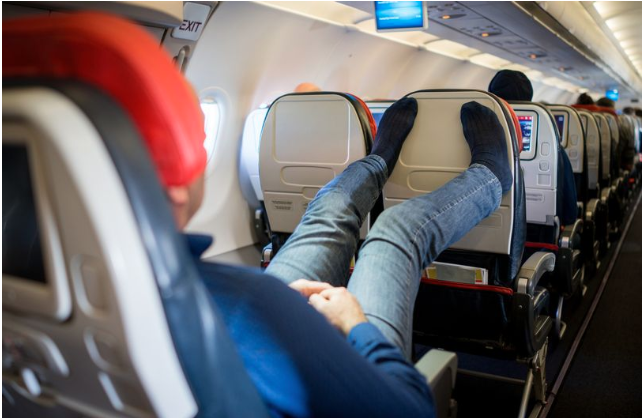 Bare feet, nail care and beauty routines have been deemed as some of passengers' worst and most disgusting habits, according to a new survey.

A plane cabin already makes for cramped quarters, but there are some grim habits that can ruin other people's journeys - and feet have proven a major factor.

Broadway Travel surveyed 2,039 Brits to find out what makes them tick, uncovering some of the top gross habits they've witnessed in the process.

The habit deemed the most disgusting?

Putting your feet on the back of the seat in front of you. (In fact, one man was recently pictured causing the sin with his feet on the side of the entertainment screen).

All top three worst habits in the survey were related to feet.

Other big no-nos including walking to the toilet in your socks (still not okay), or just generally taking your shoes off (we've all suffered when one passenger with smelly feet does this).