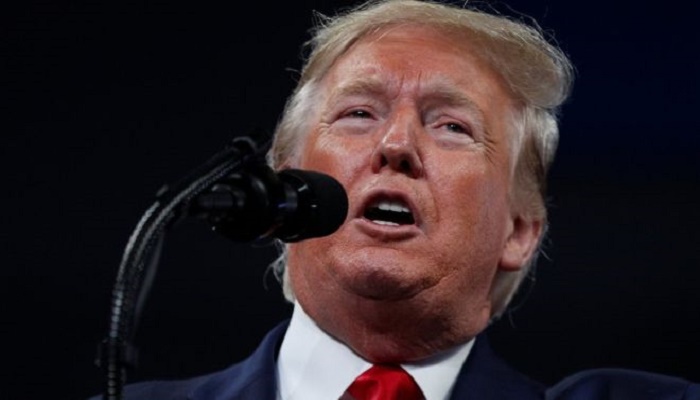 The US House Judiciary Committee has postponed a vote on two impeachment charges against President Donald Trump to later on Friday.

The decision was taken by Democratic committee chairman Jerry Nadler, after two days of acrimonious debate.

Republicans attempted to stall the process, which they described as an illegitimate attack on Mr Trump.

The Democrat-run committee is expected to approve the charges of abuse of power and obstruction of Congress.

A full vote by the Democratic-run House would then follow next week, likely making Mr Trump the third US president to be impeached.

But the Senate, controlled by the president's fellow Republicans, is not expected to remove him from office.

Mr Trump denies any wrongdoing. "No crime!" he wrote on Twitter early on Thursday.

Mr Nadler said the vote would not take place until 10:00 local time (15:00 GMT) on Friday. There are 41 members - 24 Democrats and 17 Republicans - on the judicial committee. They are expected to vote according to party affiliation.

Mr Trump is accused of trying to force Ukraine to launch a corruption investigation into his political rival Joe Biden, a leading Democratic presidential contender; and of obstructing Congress by stonewalling the House investigation.