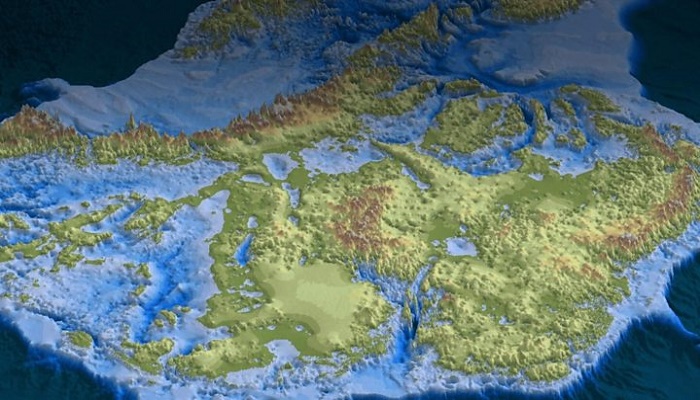 The deepest point on continental Earth has been identified in East Antarctica, under Denman Glacier, reports BBC.

This ice-filled canyon reaches 3.5km (11,500ft) below sea level. Only in the ocean are the valleys deeper still.

The discovery is illustrated in a new map of the White Continent that reveals the shape of the bedrock under the ice sheet in unprecedented detail.

Its features will be critical to our understanding of how the polar south might change in the future.

For comparison, the lowest exposed land on Earth, at the Dead Sea shore, is just 413m (1,355ft) below sea level.

The new finding shows, for example, previously unrecognised ridges that will impede the retreat of melting glaciers in a warming world; and, alternatively, a number of smooth, sloping terrains that could accelerate withdrawals.

The University of California, Irvine, researcher is presenting his new compilation, called "BedMachine Antarctica", here at the American Geophysical Union's Fall Meeting. It is also being published simultaneously in the journal Nature Geoscience.

The map essentially fills all of the gaps in airborne surveys of the continent.