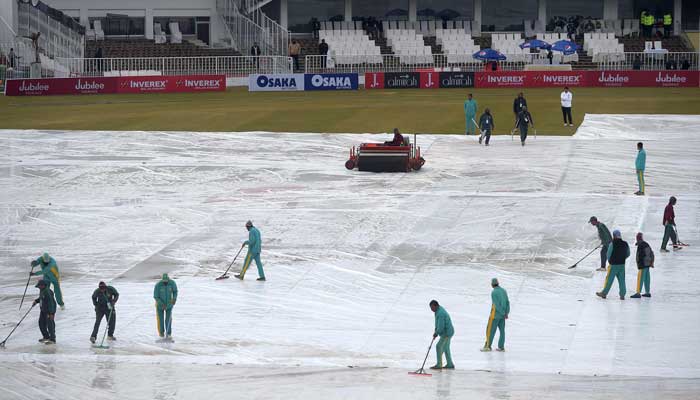 Wet weather delayed the start of play between Pakistan and Sri Lanka in Rawalpindi on Friday, the first Test in the country since a deadly attack in 2009.

Groundmen were soaking the outfield and wiping water from the covers, with the third day's play unlikely to start until lunch at 11:45 am (0645 GMT).

Rain and bad light halted play for all but 83 minutes on Thursday, during which Sri Lanka added 43 runs in 18.2 overs before stumps were drawn.

Sri Lanka, who won the toss and batted, were 263-6 in their first innings with Dhananjaya de Silva unbeaten on 72 and Dilruwan Perera on two.

The conditions have put a dampener on the long-awaited return to Test cricket in Pakistan, following the 2009 attack on Sri Lanka's team bus that left eight people dead and several players and officials wounded.