Another opioid crisis is raging through the developing world 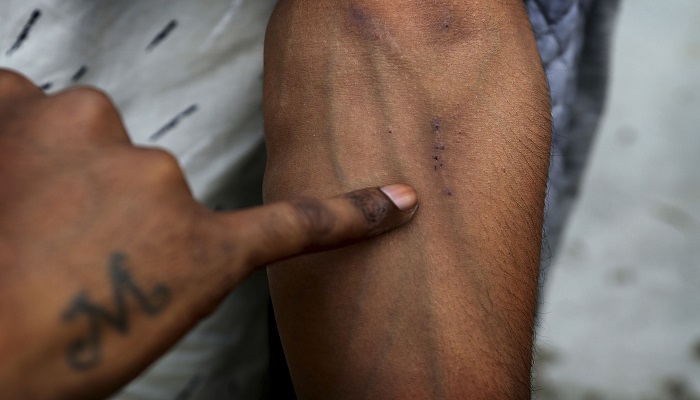 Reports rolled in with escalating urgency — pills seized by the truckload, pills swallowed by schoolchildren, pills in the pockets of dead terrorists.

These pills, the world has been told, are safer than the OxyContins, the Vicodins, the fentanyls that have wreaked so much devastation. But now they are the root of what the United Nations named "the other opioid crisis" — an epidemic featured in fewer headlines than the American one, as it rages through the most vulnerable countries on the planet.

Mass abuse of the opioid tramadol spans continents, from India to Africa to the Middle East, creating international havoc some experts blame on a loophole in narcotics regulation and a miscalculation of the drug's danger. The man-made opioid was touted as able to relieve pain with little risk of abuse. Unlike other opioids, tramadol flowed freely around the world, unburdened by international controls that track most dangerous drugs.

But abuse is now so rampant some countries consumed by it are asking international authorities to intervene.

Grunenthal, the German company that originally made the drug, is campaigning for the status quo, arguing international regulations make narcotics difficult to get in countries with disorganized health systems, and adding tramadol to the list would deprive patients in pain access to any opioid at all.

"This is a huge public health dilemma," said Dr. Gilles Forte, the secretary of the World Health Organization's committee that recommends how drugs should be regulated. Tramadol is available in war zones and impoverished nations because it is unregulated. But it is widely abused for the same exact reason. "It's a really very complicated balance to strike."

Tramadol is not as deadly as other opioids and the crisis isn't killing with the ferocity of America's struggle withe the drugs. Still, individual governments from the U.S. to Egypt to Ukraine have realized the drug's dangers are not as limited as believed and worked to rein in the tramadol trade. The north Indian state of Punjab, the center of India's opioid epidemic, was the latest to crack down. The pills were everywhere, as legitimate medication sold in pharmacies, but also illicit counterfeits hawked by street vendors.

This year, authorities seized hundreds of thousands of tablets, banned most pharmacy sales and shut down counterfeit pill factories, pushing the price from 35 cents for a 10-pack to $14. The government opened a network of treatment centers, fearing those who had become opioid addicted would resort to heroin out of desperation. Hordes of people rushed in to seek help in dealing with excruciating withdrawal.

For some, tramadol had become as essential as food.

"Like if you don't eat, you start to feel hungry. Similar is the case with not taking it," said auto shop welder Deepak Arora, a gaunt 30-year-old who took 15 tablets day, so much he had to steal from his family to pay for pills. "You are like a dead person."

Jeffery Bawa, an officer with the United Nations Office on Drugs and Crime, realized what was happening in 2016.

Police began finding pills on terrorists, who traffic it to fund their networks and take it to bolster their capacity for violence, Bawa said.

Most of it was coming from India. The country's sprawling pharmaceutical industry is fueled by cheap generics. Pill factories produce knock-offs and ship them in bulk around the world, in doses far exceeding medical limits.

In 2017, law enforcement reported that $75 million worth of tramadol from India was confiscated en route to the Islamic State terror group. Authorities intercepted 600,000 tablets headed for Boko Haram. Another 3 million were found in a pickup truck in Niger, in boxes disguised with U.N. logos. The agency warned that tramadol was playing "a direct role in the destabilization of the region."

"We cannot let the situation get any further out of control," that alert read.

Grunenthal has campaigned to keep tramadol unregulated. It funded surveys that found regulation would impede pain treatment, and paid consultants to travel to the WHO to make the case that it's safer that other opioids.

Spokesman Stepan Kracala said regulation would not necessarily curtail illicit trade and could backfire: Some desperate pain patients turn to the black market if no legal options exist.

This has happened in India, which regulated tramadol in 2018. Regulators say exports overseas and abuse at home came down. But they acknowledge that the vastness of the pharmaceutical industry and the ingenuity of traffickers makes curtailing abuse and illegal exports all but impossible. Tramadol is still easy to find.

Jyoti Rani stood on her front steps and pointed to house after house in the small city of Kapurthala where she said tramadol is still sold in her neighborhood of narrow roads and open drains, where school-aged boys sit hunched over the street in the middle of a weekday.

Rani's addiction began with heroin. When her 14-year-old son died, she fell into depression.

"I wanted to kill myself, but I ended up becoming an addict," she cried. A doctor prescribed tramadol to help kick the habit — instead, she formed a new one.

Now she is among about 30,000 people in Punjab who go to government-run addiction clinics for daily treatment.

Countries' efforts to control tramadol on their own often fail, according to the Center for Strategic and International Studies, particularly in places where addiction has taken hold.