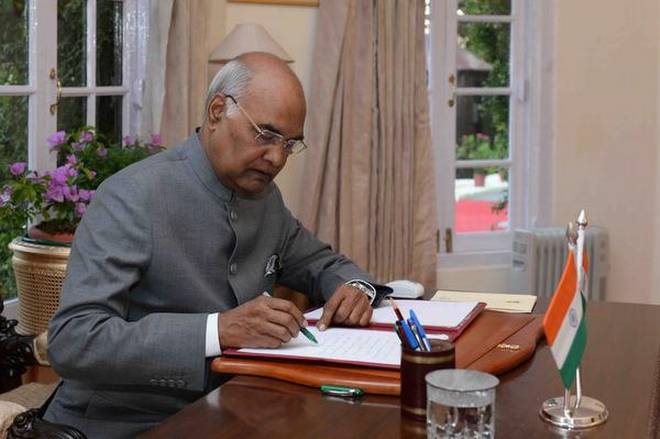 Indian President Ram Nath Kovind on Thursday gave his nod to the Citizenship (Amendment) Bill, 2019, turning it into an Act. The Act comes into effect with its publication in the official gazette on Thursday, according to a government notification.

In keeping with the Act, members of Hindu, Sikh, Buddhist, Jain, Parsi and Christian communities who have come from Pakistan, Bangladesh and Afghanistan till December 31, 2014 and have faced religious persecution there will not be treated as illegal immigrants but given Indian citizenship.

The Citizenship (Amendment) Bill was passed by the Rajya Sabha on Wednesday and by Lok Sabha on Monday.

Refugees of the six communities will be given Indian citizenship after residing in India for five years as opposed to the earlier requirement of 11 years, the Act states.

The new law which was signed by the President late on Thursday night also proposes to give immunity to refugees facing legal cases after being found as illegal migrants.

According to the new law, it will not be applicable to the tribal areas of Assam, Meghalaya, Mizoram and Tripura as included in the Sixth Schedule of the Constitution and in the areas covered under the Inner Line Permit, notified under the Bengal Eastern Frontier Regulation, 1873.

The ILP regime is applicable in Arunachal Pradesh, Nagaland and Mizoram.

A large section of people in the Northeastern states, especially in Assam and Tripura, have opposed the Act, saying it will nullify the provisions of the Assam Accord of 1985, which fixed March 24, 1971, as the cut-off date for deportation of all illegal immigrants irrespective of religion.

Massive protests against the legislation have been witnessed since Monday in the Northeastern states. Two people were killed on Thursday in police firing in Assam with thousands taking to the streets defying curfew.

After the passage of the bill in both houses of Parliament, Prime Minister Narendra Modi promised that the BJP government was committed to safeguarding the rights of the people in the North East.

A few cities including Guwahati, the epicentre of protests, Dibrugarh, Tezpur and Dhekiajuli and Shillong were placed under indefinite curfew on Thursday. Night curfew was imposed in Jorhat, Golaghat, Tinsukia and Charaideo districts, officials said.