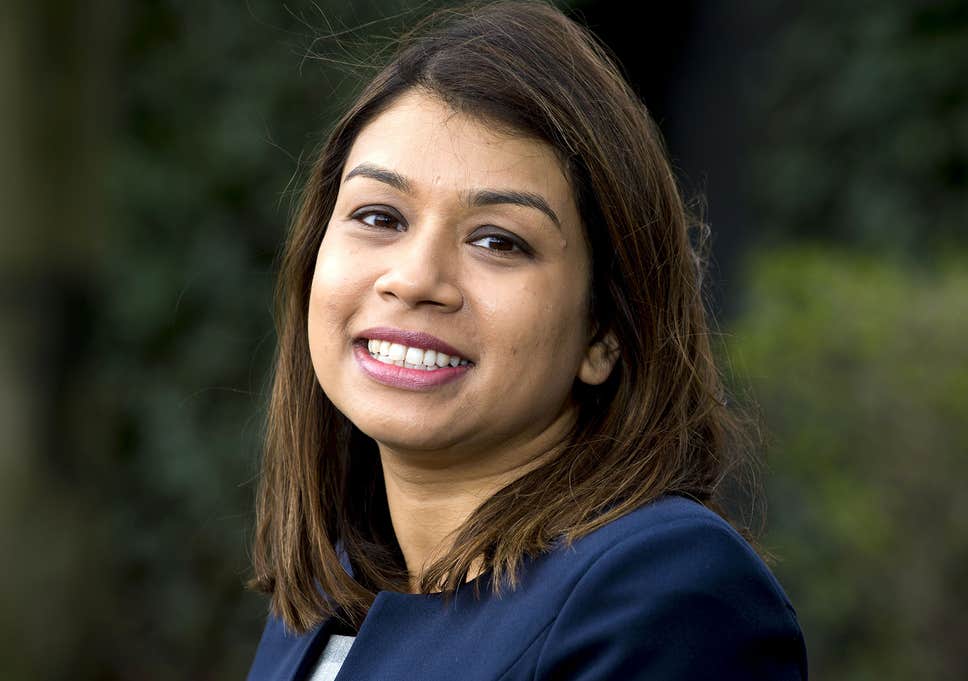 Tulip Siddiq, the granddaughter of Bangabandhu Sheikh Mujibur Rahman, has been elected as Member of Parliament (MP) in the UK general election with Labour Party ticket.

Moreover, Rushanara Ali, Rupa Huq and Afsana Begum, the other three Bangladesh-origin candidates, were also elected as MPs in the election.

Tulip, the niece of Prime Minister Sheikh Hasina, retained her Hampstead and Kilburn seat, albeit with a slightly reduced majority.

The 37-year-old retains the seat she first won in 2015 with a majority of 14,188 and sailed to victory despite a resilient Conservative vote and a enthusiastic campaign by the Liberal Democrats over Brexit and antisemitism in the Labour Party.

Tulib bagged 28,080 votes while Johnny Luk from the Conservatives finished second with 13,892, with Matt Sanders' Liberal Democrats finishing third in the seat a few hundred votes behind on 13,121. David Stansell of the Green Party received 1,608 votes and the Brexit Party's James Pointon got the support of 684 people, after an anonymous campaign.

The MP thanked supporters on stage at the Somers Town Sports Centre in Chalton Street, to loud cheers from activists who chanted her name.

In a tweet message, she said “Thank you Hampstead & Kilburn for electing me once again. Thanks to all my volunteers & my family. But devastated by our national results- sorry to lose such talented MPs. Tough times ahead, we have to work together.”

Rushanara Ali bagged 44,052 ballots while her closest contestant was voted 6,528. The Sylhet-born UK politician was first elected in 2010.

Rupa Huq also made easy victory as she got 28,132 votes and her nearest competitor managed to bag 14,832 ballots. Rupa Huq, senior sociology lecturer, sealed her first victory in 2015.

Afsana Begum was elected MP for the first time from the Poplar and Limehouse constituency. Afsana Begum drew 38,660 votes while her nearest contestant Shaun Oak managed to get only 9,756 votes.

She said: "We did win here but nationally the party didn't do well. We need to rebuild the trust of our communities. This country needs a Labour government. We need to make sure it's not just me standing here next time, and all our colleagues, including our female colleagues especially who have lost their seats, can regain and come back and give communities what they deserve."

The result came on a devastating night for the Labour Party, and Ms Siddiq backed her colleague Sir Keir Starmer's call for a "period of reflection.