US warns N Korea of consequences for ‘Christmas gift’ 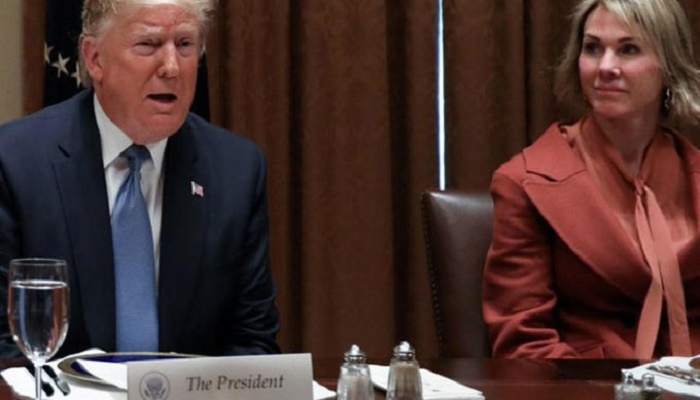 The United States on Wednesday warned North Korea of consequences if it makes good on threats of a spectacular weapons test in the New Year, while offering flexibility if it stays in talks, reports AFP.

Frustrated by the lack of sanctions relief after three summits with President Donald Trump, North Korea has vowed an ominous "Christmas gift" if the US does not come up with concessions by the end of the year.

At the UN Security Council, the US ambassador, Kelly Craft, voiced concern that North Korea was indicating it would test intercontinental ballistic missiles "which are designed to attack the continental United States with nuclear weapons.

"Missile and nuclear testing will not bring the DPRK greater security," Craft said, referring to the North by its official name, the Democratic People's Republic of Korea.

"We trust that the DPRK will turn away from further hostility and threats, and instead make a bold decision to engage with us," she said.