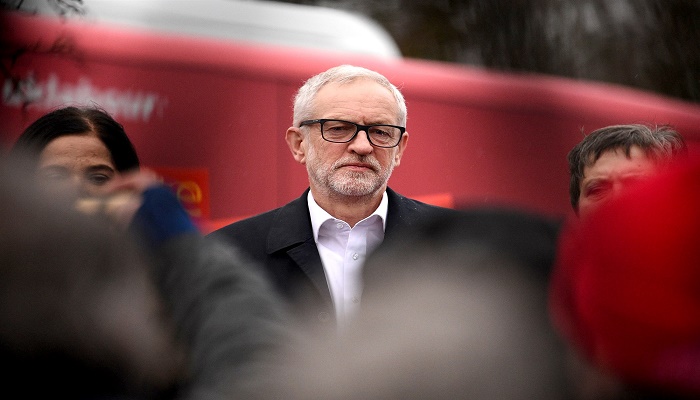 Jeremy Corbyn, the socialist leader of the opposition Labour Party, announced Friday he will step down after projected election results overwhelmingly showed the party not only failed to oust the ruling Conservatives but also lost a swath of formerly dependable seats, reports NBC.

Corbyn said he would resign after exit polls predicted that his party gained just 201 seats in the 650-seat British Parliament. Corbyn admitted it had been a "very disappointing" night as support crumbled in his party's former heartlands.

But facing his second General Election defeat, Corbyn announced he would call it a day as leader after he was expected to be re-elected in his Islington North seat in London.

He said he would ensure there was a "process of reflection" and "lead the party during this period to ensure this discussion takes place."

The ruling Conservatives were projected to win 357 seats in Thursday's election, which was dominated by the furious and polarizing debate over Brexit and not social issues like the public health system.

A lifelong socialist, Corbyn, 70, will be remembered for transforming the party from a progressive but center-left political force that won three elections under Tony Blair, to a radical left-wing party that called for major reforms in business and the economy.