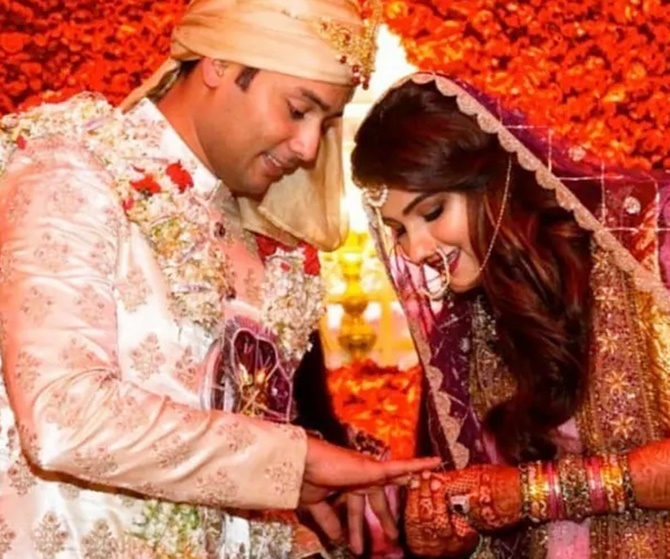 Anam and Asad's marriage was confirmed to the news by Sania in an interview, where she also stated that the two have also been on Anam's bachelorette party.

On Wednesday, Anam and Asad got married and Instagram has been flooded by the happy couple's pictures.

The bride herself took to Instagram to share a photograph of herself and her husband and captioned it, "Mr and Mrs #alhamdulillahforeverything".

Asad also shared a photograph of the two of them with the caption, "Finally married the love of my life #abbasanamhi".

Anam's Instagram stories were also full of their pictures that were shared on the social media by her friends and family, who attended the wedding.

An Instagram story also had Anam in the car, waving goodbye with a smile on her face.

Sania is yet to share the pictures from the occasion but the tennis star had shared some stunning photographs of herself and her family from the sangeet ceremony earlier on Wednesday.

The latest photograph on Sania's profile is of her, her son Izhaan Mirza Malik and Anam.