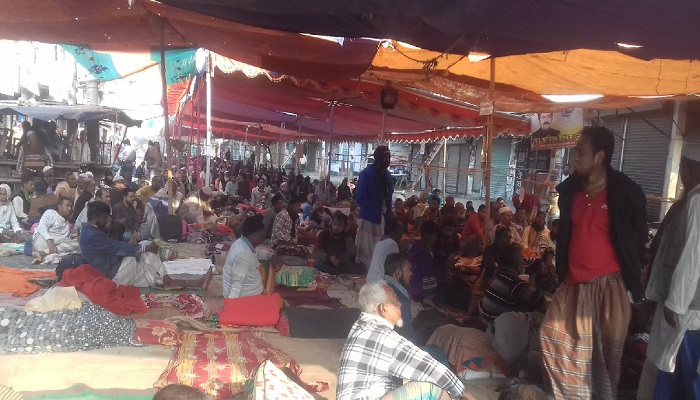 A jute mill worker who along with his fellows has been on a fast unto death to press for their 11-point demand died at Khulna Medical College Hospital (KMCH) on Thursday.

The deceased was identified as Abdus Sattar, 55, a worker of Platinum Jute Mills.

Humayun Kabir Khan, general secretary of Platinum Jute Mills Collective Bargaining Association (CBA), said Sattar was admitted to the hospital around 2:00 pm as he fell sick following the ongoing hunger strike and died around 5:45 pm. He died nearly 60 hours after beginning the fasting.

Earlier in the morning, a number of workers of nine state-owned jute mills in Khulna and Jashore fell sick as their fast-unto-death continued for the third consecutive day.

Production at the jute mills remained suspended since Tuesday when the workers went on the strike to push for their demands.

An estimated 50,000 workers of Star, Platinum, Crescent, Alim, Eastern, Daulatpur and Khalishpur jute mills in Khulna and JJI and Carpeting jute mills in Jashore have been on the strike.

They are trying to force the government to accept their 11-point demand that include implementation of the wage commission, payment of regular wages, cancellation of public-private ownership of mills and allotting necessary fund for the jute sector.