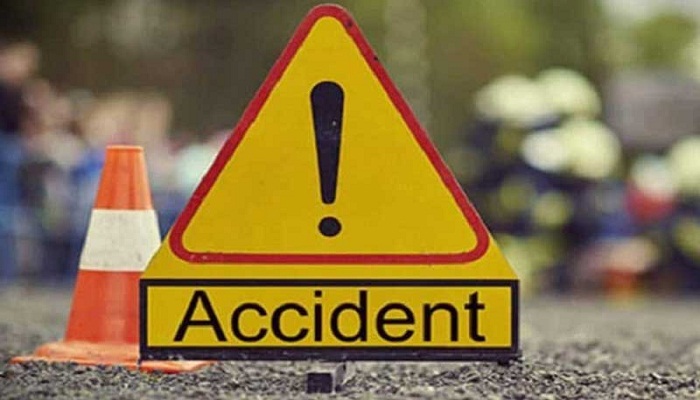 At least three people were killed in two separate road accidents in Habiganj and Rajshahi on Thursaday.

A youth was killed and four others were injured in a collision between a CNG-run auto-rickshaw and a tractor in Shaistaganj upazila of the Habiganj today.

The deceased was identified as Liton Mia, 18, hailed from Chunarughat upazila. He was a day labour.

Local people said the accident occurred at 8 am in Shudiakhala area on Habiganj-Shaistaganj Road. Liton was admitted to Habiganj Sadar Hospital where succumbed to his injuries.

On the other hand, two persons were killed when a bus hit a motorbike at Katakhali area on
Rajshahi-Natore highway under Katakhali Police Station in Rajsahahi city today.

The deceased was identified as Papun Ahmed, 32, son of Abdul Wahab and Abdul Hadi, 30, son of Mohammad Kalimuddin, both of Takinagar village under Bagatipara Upazila in Natore district.

Zillur Rahman, Officer-in-Charge of Katakhali police station, said the motorcyclist and his companion met their tragic end while they were on way to Natore around 2.30 pm.

They critically injured two persons were immediately rushed to Rajshahi Medical College Hospital where the attending doctors declared them dead.

However, the driver and helper fled the scene with the bus.

A case was recorded with the said police station in this connection and efforts are on to trace out the bus, the police officer said.