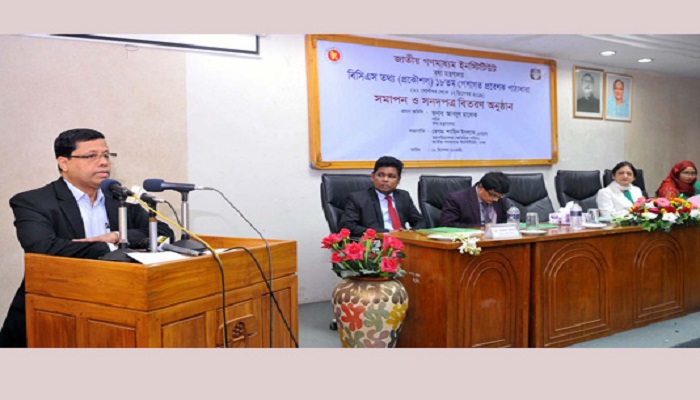 Information Secretary Abdul Malek today called for resisting those who create and spread rumours through Facebook and other social media.

“We want a safe Bangladesh. Don’t pay heed to rumours and fake news on Facebook,” he said, addressing a programme to distribute certificates among the BCS information cadres (engineers) at the auditorium of National Institute of Mass-communication (NIMC) in the capital.

Malek urged the engineers of Bangladesh Betar (radio) to remain alert so that none can create anarchy in society by spreading rumours.

Malek advised the trainers to discharge their duties with utmost sincerity.

Later, the information secretary distributed certificates among the 19 trainees and uncover a souvenir named ‘Protiddhoni’.