HC issues rule on censor certificate of ‘No Dorai’ 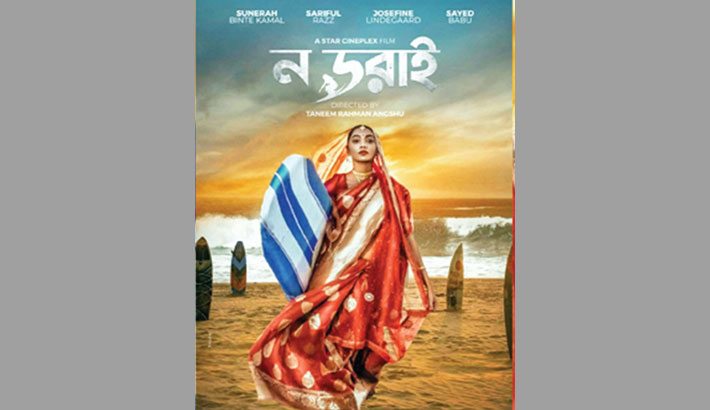 The High Court on Tuesday issued rule as to why directive would not be given to cancel censor certificate of the film ‘No Dorai’, reports UNB.

At the same time, it was also sought in the rule to know as to why directive would not be given to withdraw comic book titled ‘No Dorai – Adventure of Ayesha’ and animated video from the market.

Information Secretary (Bangladesh Film Censor Board Chairman), Law Secretary, producer of the film Mahbubur Rahman and director Tanim Rahman were made respondents and asked to reply to the rule within four weeks.

After the directive of the court, lawyer Julhas Uddin Ahmed said, “The name of the main character in the film is Ayesha which is the name of our prophet Hazrat Muhammad (SM). Religious sentiment was hurt through using the name in the cinema. Besides, there was news in the media which said that this cinema cannot be seen with family members. The writ was submitted based on this logic”.

On November 29, the cinema ‘No Dorai’ was released. The story of the film was based on a woman surfer.