Rohingya genocide hearing in The Hague 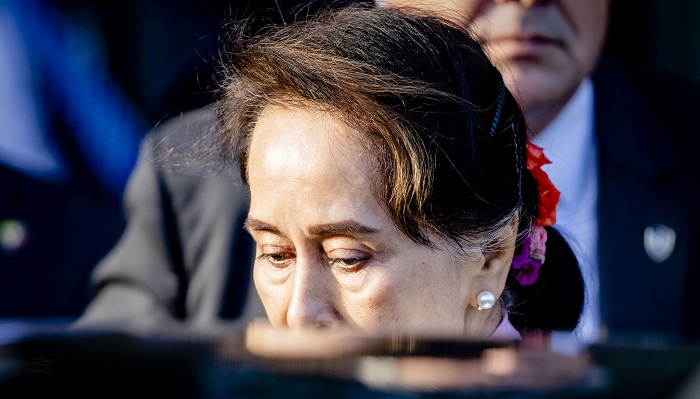 Myanmar cannot be trusted to hold its soldiers accountable for alleged atrocities against its Rohingya Muslim minority, and measures to stop the violence need to be taken immediately, a lawyer presenting a genocide case against it said on Thursday, reports Reuters.

Speaking on the third and final day of hearings at the International Court of Justice in the case brought by Gambia under the 1948 Genocide Convention, the West African country’s lead lawyer repeated its demand for “provisional measures” to restrain the Myanmar military until the case is heard in full.

Paul Reichler, said Myanmar had not even tried during the hearings to deny most of the accusations of extreme violence made against its military, known officially as the Tatmadaw, nor of the mass deportation of Rohingya following a 2017 crackdown.

Statements from Myanmar that it was taking action to prosecute soldiers accused of wrongdoing were incredible, he said.

“How can anyone possibly expect the Tatmadaw to hold itself accountable for genocidal acts against the Rohingya, when six of its top generals including the commander-in-chief, Senior General Min Aung Hlaing, have all been accused of genocide by the UN fact-finding mission and recommended for criminal prosecution,” he told the panel of 17 judges.

He was referring to the findings of U.N. investigators who in an August 2018 report said the Myanmar military had carried out killings and mass rape with “genocidal intent” in the 2017 operation. Gambia’s legal team had outlined graphic testimony from their report at the first day of hearings on Tuesday.

More than 730,000 Rohingya fled Myanmar to Bangladesh after the military launched its crackdown. The U.N. investigators have said 10,000 people may have been killed.

The Nobel Peace Prize laureate said that Myanmar “actively investigates, prosecutes and punishes soldiers and officers that are accused of wrongdoing” and argued the tribunal, also known as the World Court, should not have jurisdiction.

She said that even if there had been violations of humanitarian law during what she described as an internal conflict, they did not rise to the level of genocide and were not covered by the 1948 convention.

Myo Nyunt, spokesman for her National League for Democracy party, told Reuters by telephone that Suu Kyi had presented Myanmar’s case “very detailed and precisely about the complicated Rakhine issue”.

Outside the ornate Peace Palace in The Hague that houses the court, protesters from both sides lined up on Thursday, shouting “Mother Suu, be healthy”, and “Aung San Suu Kyi, shame on you” as the Myanmar delegation left the premises.

Suu Kyi and her team will have several hours to formulate a rebuttal and final statement. The court has not set a date for a decision on provisional measures, but one could come in January.

Its decisions are binding and not subject to appeal, though it has no means of enforcement and countries have occasionally ignored them or failed to fully adhere.

After the decision on provisional measures, the process may continue to a full case that could last years.

Suu Kyi supporters from Myanmar’s Buddhist majority were expected to rally at a park in Yangon, where the hearings were being projected on a large screen.

Rohingya Muslims in camps in Cox’s Bazar were praying that the suit succeeds. “Aung San Suu Kyi is a big liar...We hate her,” said Hasmat Ali, 41, who fled to Bangladesh after the August 2017 crackdown.