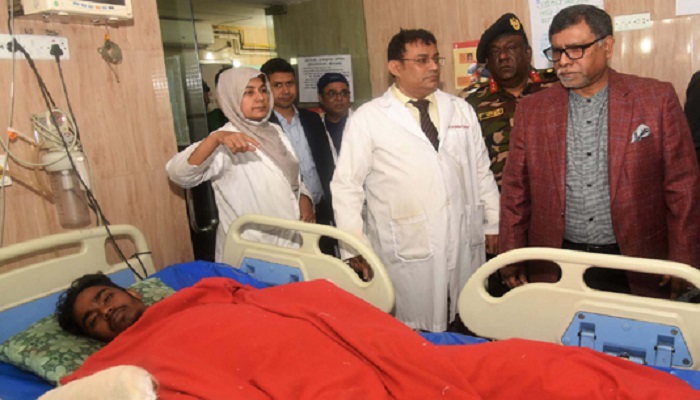 Health and Family Welfare Minister Zahid Maleque today said that the government will bear the treatment costs of all people injured in Wednesday’s deadly fire at a plastic factory in Keraniganj area.

He made the announcement while briefing the journalists after visiting the fire victims undergoing treatment at Dhaka Medical College Hospital (DMCH) in the city.

“So far, 10 people have died out of the 32 fire victims taking treatment at the DMCH. The conditions of the remaining others are also critical,” the minister said, adding 10 of them incurred about 100 percent burn injury.

The government will put pressure on building owner for realizing compensations for the fire victims, he added.