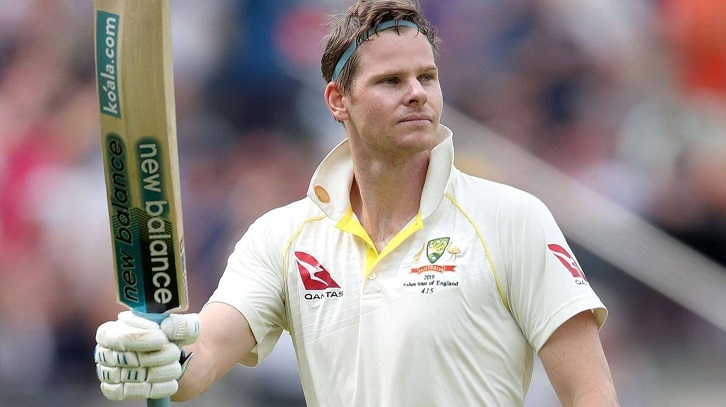 New Zealand squandered the chance to remove star Australian batsman Steve Smith cheaply just before tea on the opening day of the day-night first Test at Optus Stadium in Perth on Thursday.

After Australia won a potentially pivotal toss in scorching heat and elected to bat, the home team was 160 for two at tea after facing some challenging bowling from the disciplined Kiwi attack.

Emerging batsman Marnus Labuschagne was on 68 and Smith was on 31, the pair having added 85 for the third wicket and batted through a second session that was tough going against accurate bowling.

Debutant paceman Lockie Ferguson, called up for the injured Trent Boult, should have had Smith as his first Test wicket late in the session, but second slip Tom Latham grassed the chance.

On 19 Smith slashed at a ball outside off stump and got a thick edge towards Latham, who didn't appear to pick up the ball until the last moment and couldn't hang on.

Labuschagne, a revelation since being called up for the Ashes when Smith was injured, and now this year's leading run-scorer in Test cricket, again looked rock-solid.

Having made 347 runs at 173.5 against Pakistan in two Tests, with his first two centuries in Test cricket, Labuschagne looked more assured than an unusually slow Smith.

He reached his half-century in 102 balls, lifting Ferguson over slips for four.

Earlier, Warner had looked set to continue his golden summer until a sharp return catch by Neil Wagner removed him for 43.

Warner miscued a full toss back down the pitch and the left-arm quick clutched the catch in his right hand just centimetres off the ground on his follow-through.

After a horror run in the Ashes, the resurrected Warner has made an incredible start to the 2019-2020 season and again looked in imperious form until the Wagner catch.

The left-hander scored 489 runs against Pakistan in two innings in the previous Test series, including his 335 not out in Adelaide, which followed 287 T20 runs for just one dismissal in six matches against Pakistan and Sri Lanka.

Fellow opener Joe Burns made just nine before being trapped lbw by the gentle swing of Colin de Grandhomme.

However, replays showed the ball was missing leg stump and he would have been saved if he had reviewed.