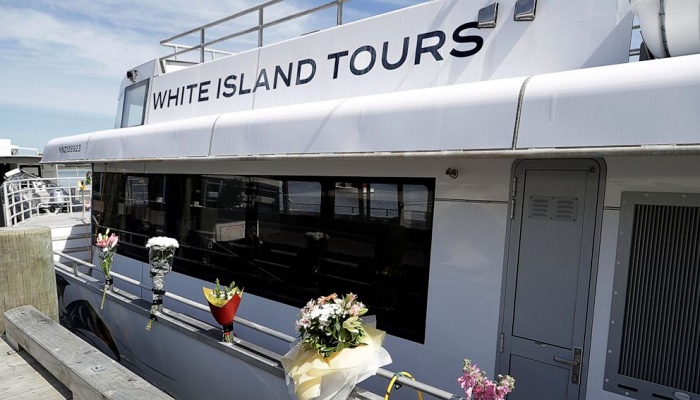 The enormity of the task facing doctors in burn units around the country became clear when Dr. Peter Watson, a chief medical officer, said at a press conference that they had needed to order extra skin from American skin banks.

Watson said staff anticipated needing an extra 120 square meters (1,300 square feet) of skin for grafts for patients. Most of those who survived the eruption at White Island on Monday suffered burns, and 28 patients remain hospitalized, including 23 in critical condition.

The volcano has continued venting steam and mud, delaying plans by authorities to recover the bodies of victims from the volcano site. Authorities believe there are eight bodies that remain on the island.

Police believe 47 visitors were on the island at the time of the eruption, 24 of them Australian, nine Americans, five New Zealanders and others from Germany, Britain, China and Malaysia.